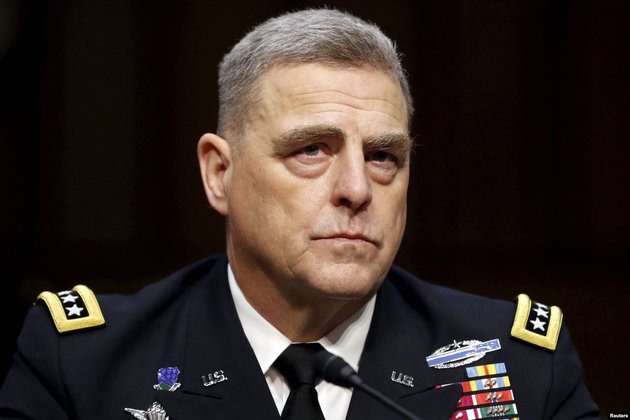 A premature withdrawal of U.S. troops from Afghanistan would be 'a strategic mistake,' U.S. President Donald Trump's nominee to be the top military officer said on July 11.

General Mark Milley, currently the Army's chief of staff and nominee to head the joint chiefs of staff, told a Senate Armed Services Committee hearing that he believed the war would eventually be brought to an end through a negotiated settlement with the Taliban.

He said that there was 'some progress' in that effort.

Milley also said the U.S. should keep a 'modest number' of forces in Iraq and Syria to maintain stability.

The United States and the Taliban continue negotiations on the withdrawal of foreign troops from Afghanistan in return for a commitment from the militants that Afghan territory will never again be used to launch terrorist attacks against the United States and its allies.

U.S. special peace envoy Zalmay Khalilzad has described the latest round of talks with the militant group as the 'most productive' yet.

Based on reporting by Reuters and AP