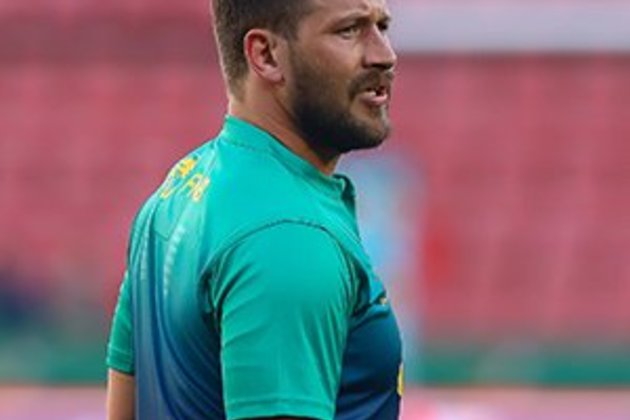 Cape Town - Frans Steyn, playing his first Springbok Test since June 2017, was given around half-an-hour off the bench in Saturday's 35-17 win over the Wallabies in Johannesburg.

The 32-year-old, who was a member of the Bok team that won the 2007 World Cup in France, is making a push at the squad for this year's showpiece in Japan and he took his chance on Saturday.

Steyn played with an intensity that saw him taking on the Wallabies line with speed and authority, while his defence was also as sound as ever.

It looked like he had never been away from the green and gold, but speaking after the match Steyn acknowledged that he was not at his best and that he had actually felt quite nervous in the build-up to the match.

"I was nervous. My wife was pacing up and down at the hotel before we left for the game. Watching her made me nervous," he told media.

"When we started to warm up at Ellis Park, I calmed down a little bit. I've been around and I've had my bad years.

"Careers have ups and downs. It's one of those things. Mine has gone up and down, as everybody in this room knows."

Steyn, considered one of the most naturally talented South African players of his generation, has not always seen eye to eye with SA Rugby and it means that he could have played significantly more than 56 Test matches.

He is hoping to notch up a few more before he is done, and he has been included in the Boks' squads for their upcoming clashes against New Zealand and Argentina.

"I'm actually happy that I didn't start against Australia, because I've been in the squad for just two weeks and I'm still trying to get used to all the structures," he said.

"I can't say we don't get coached that well in France, but Rassie and his team have really stepped up. They've done a great job."