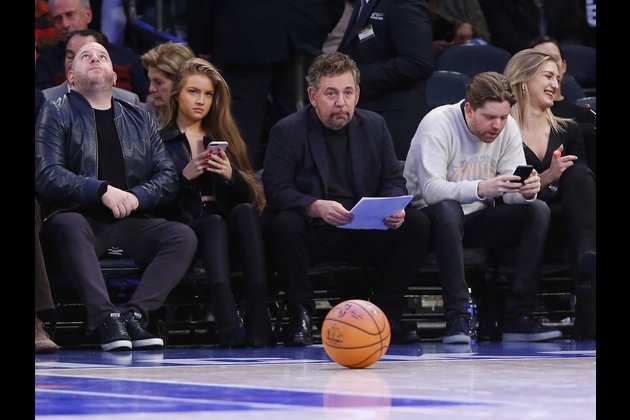 The New York Knicks have yet to comment on the death of George Floyd, and ESPN reported Monday that they have no intention of weighing in on the matter that has sparked protests nationwide.

According to ESPN, as of Monday night, the Knicks and the San Antonio Spurs were the only two NBA teams that had yet to issue a statement about Floyd, a black man who died May 25 after a white Minneapolis police officer kneeled on his neck for eight-plus minutes.

The Madison Square Garden Company, the Knicks' parent organization, sent an email to employees on Monday regarding the matter, according to ESPN.

The email had the subject line "A message from Jim Dolan," the CEO of MSG and Knicks per ESPN, followed by: "We know that some of you have asked about whether our company is going to make a public statement about the killing of George Floyd by a Minneapolis police officer. I want you to know, I realize the importance of this issue. Therefore, I want you to understand our internal position.

"This is a turbulent time in our country. The coronavirus and civil unrest have taken their toll on our way of life. We at Madison Square Garden stand by our values of respect and peaceful workplace. We always will.

"As companies in the business of sports and entertainment, however, we are not any more qualified than anyone else to offer our opinion on social matters. What's important is how we operate. Our companies are committed to upholding our values, which include creating a respectful workplace for all, and that will never change. What we say to each other matters. How we treat each other matters. And that's what will get us through this difficult time."

While the Spurs have yet to comment as a team, the face of the franchise, head coach Gregg Popovich, publicly backed the protesters on Sunday night in an interview with The Nation.

"The thing that strikes me is that we all see this police violence and racism, and we've seen it all before, but nothing changes," Popovich said. "That's why these protests have been so explosive. But without leadership and an understanding of what the problem is, there will never be change. And white Americans have avoided reckoning with this problem forever, because it's been our privilege to be able to avoid it. That also has to change."

Popovich, who has long opposed President Donald Trump, went on to criticize the president and Senate majority leader Mitch McConnell.