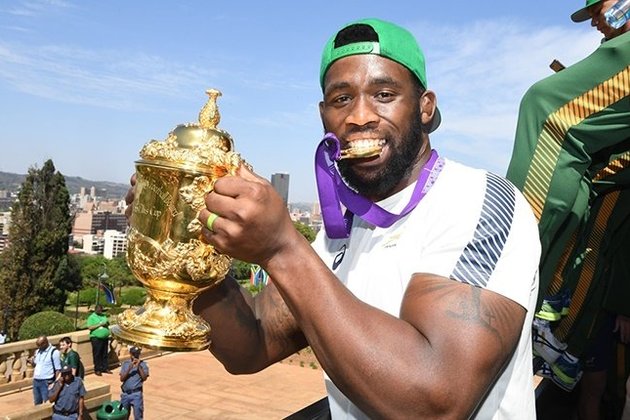 The Springboks and SA Rugby have now raised over R1 million for hunger alleviation in disadvantaged communities.

The campaign has been called the R32-12 campaign and it has encouraged members of the public to buy raffle tickets to the value of R32.12 to stand a chance to win a prize, many of them personal items used by the Boks during their 2019 World Cup campaign in Japan.

The final prize up for grabs will be a VIP Test match experience, including local flights and accommodation.

The campaign ends on Friday with entries closing at 13:00 and winners will be announced on Wednesday, 8 July.

In a statement on Wednesday, SA Rugby confirmed that the campaign, which started over a month ago, had now raised over R1 million.

"Please support our campaign, every cent counts. Thank you for your support so far - we are definitely #StrongerTogether," said national captain Siya Kolisi.