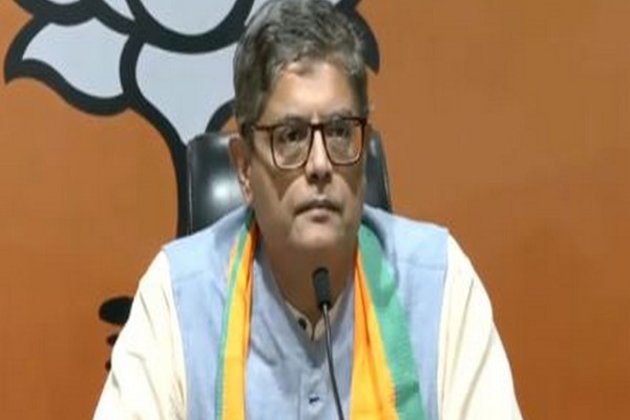 New Delhi [India], October 18 (ANI): BJP leader Baijayant Jay Panda on Monday stated that the development initiatives undertaken by the government under the leadership of Prime Minister Narendra Modi and the number of nationwide outreach campaigns being run under BJP national president JP Nadda will have a strong impact on the party's performance in the states that will go to Assembly polls early next year.

Addressing a press conference here today, Panda said, "We are moving forward under the leadership of Honorable Prime Minister Narendra Modi ji with the development work undertaken and the campaigns run by the party under honourable national president JP Nadda ji. The workers are now getting ready to take up various other campaigns in the coming days, especially in these five states. It will have a good impact on these states."Panda said, "A meeting of national office bearers was held under the chairmanship of BJP's national president JP Nadda today. The meeting went on throughout the day. This interactive session was comprehensive. Bharatiya Janata Party, which is the world's largest democratic organisation, is a political organisation. It has various types of campaigns, which reach crores of people through its party workers.""For example, during the COVID-19 pandemic, crores of workers delivered food to people through a campaign, distributed masks and many such initiatives were taken up by the party to help the people. While discussing such initiatives, future campaigns were also discussed in the meeting," he added.

Panda said that the BJP is completely ready for the upcoming Assembly elections.

The BJP leader said, "Elections are going to be held in five states and Bharatiya Janata Party is completely ready for these elections, I want to say that millions and crores of workers of Bharatiya Janata Party, who work hard, do this not only for politics but also for humanitarian aid. It is social work, it is in the interest of the country and it is for the progress of the country. We are winning elections too, winning in huge numbers and will continue to win. It is not that our workers will only wait from one election to another. We continue the campaign every month."Panda stated that under the leadership of PM Modi, India will soon cross the 100 crores COVID-19 vaccination milestone.

"The direction in which India is moving under the leadership of our illustrious Prime Minister respected Narendra Modi ji, it is clear in front of everyone. In the next two-three days, we will reach the milestone of one hundred crore vaccinations. This is a miraculous milestone," said the BJP leader.

He said, "When this pandemic started a year and a half ago, many opponents in our country and many people outside the country also used to say that we will not be able to combat it. But the speed with which we are vaccinating our people, India sets some world record every week and so many vaccinations happen every day or two."He further said that international organisations like the International Monetary Fund (IMF) have praised India and said that the economic situation of the country is improving which demonstrates the capacity of the BJP to achieve its goal of development.

"Just yesterday the IMF has praised India. International organisations have said that right now the economic situation is progressing fast for India. India's exports are progressing fast. All this is a sign of progress and development. There is evidence of the Bharatiya Janata Party is achieving its goal of development in states," he added. (ANI)