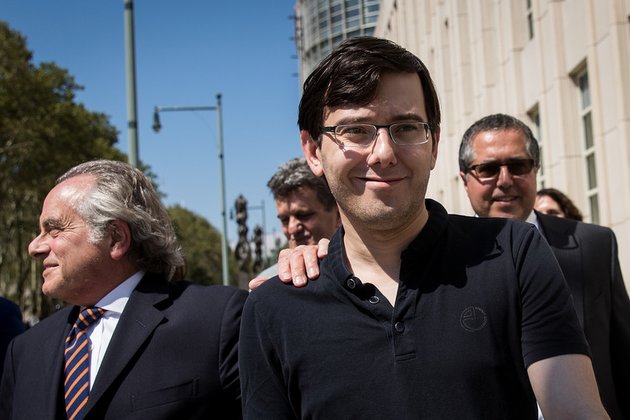 Martin Shkreli, dubbed the ?Pharma Bro? by the media, has been ordered to pay $64.6 million in profits he and his company made off of the anti-parasitic drug Daraprim. He is also barred from the pharmaceutical industry for life.

Shkreli, the founder and former CEO of Turing Pharmaceuticals, won't be living up to his nickname for much longer. US District Judge Denise Cote delivered the decision barring him from the business on Friday, following a seven day bench trial in December.

"The powerful don't get to make their own rules, despite Shkreli thinking cash rules everything around him," New York Attorney General Letitia James tweeted about Shkreli in a thread celebrating the ruling. The 2020 lawsuit alleged Shkreli blocked the competition from vital data and used supply agreements to manipulate the market availability of the drug's actual ingredients.

Shkreli's price gouging was first discovered in 2015 and the story immediately captured the national spotlight, with former President Donald Trump and Hillary Clinton even addressing it on the 2016 campaign trail, with the former dubbing Shkreli a "spoiled brat."

Then-CEO Shkreli came under fire after his company acquired the lifesaving drug Daraprim and sent prices through the roof, raising costs in 2015 for consumers from under $20 to more than $700.

He defended the actions simply as capitalism at the time, something that did not help him in his latest case, with Judge Cote saying Shkreli "doubled down" in the face of "public opprobrium."