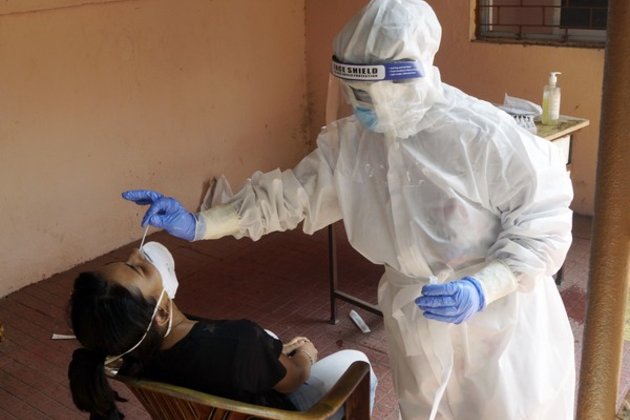 Islamabad [Pakistan], January 15 (ANI): Pakistan has hit a new record of reporting a total of 4,286 COVID cases in the last 24 hours, the highest since August 25, 2021, data by the National Command and Operation's Centre (NCOC) showed on Saturday morning.

Earlier, the tally of the highest number of cases was 3,567 in 24 hours, reported Geo TV.

Meanwhile, the situation in Karachi may also deteriorate in the coming week as the positivity rate here is expected to reach 50%.

Sindh's Chief Minister Murad Ali Shah said that the virus is spreading at a fast pace and the decision to impose a lockdown will be taken in line with the NCOC's recommendations.

According to the NCOC data, the virus positivity rate in Pakistan also spiked to 8.16%, which is the highest since August 11, 2021. It was at a time when 52,522 tests were conducted across the country.

The overall cases have reached 1.32 million after the detection of new infections, while the death toll now stands at 29,003 as four deaths were reported from the coronavirus in the last 24 hours, reported the news channel. (ANI)

AL-ULA, Saudi Arabia: Shedding light on the lives of the ancient inhabitants of Arabia, archaeologists from the University of Western ...

DUBLIN, Ireland - A father and mother who sexually molested their children and permitted them to be raped and abused ...

Beasts of No Nation