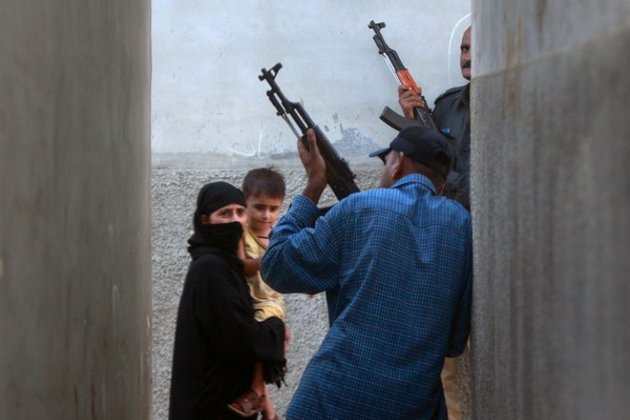 Peshawar [Pakistan], May 14 (ANI): Women from the tribal areas of Pakistan, formerly governed under the Federally Administered Tribal Areas (FATA) agency, face a life deprived of basic education and healthcare, and bound by socio-cultural taboos, a media report said.

Women of this region live under slavery, bound by family traditions and surviving generational curses, the Daily Times reported, adding, women have to suffer immensely sometimes at the cost of their life.

The region is difficult to access by local state authorities due to its volatile nature and militarized status for decades and even after its merger with the Khyber Pakhtunkhwa province, the conditions are still the same, the report said while noting that discrimination against women is ubiquitous all over Pakistan but the situation of women's rights in FATA is far worse than in any other region.

The violent environment coupled with political upheavals led to the loss of basic amenities for people, the report said.

Political instability has given rise to miserable conditions that could still not be addressed and resolved. During all the years, no law or regulation of the country was found applicable in FATA given the prevalence of jirga culture and decisions made by the elders of the tribe. The archaic tradition upheld oppressive customs, damaging women's Islamic and social standing in the affairs affecting them, the report said.

Dowry is considered legal in FATA and women are denied access to their share in the property. A woman is considered her family's honour whereas the latter is given the right to sell her and do her trading in exchange for wealth and property, the report further said.

Another senior member of ANP, Bushra Gohar addressing the women's rights in FATA said, "FATA has always been treated as a strategic space where people have been denied their political rights for 70 years."Most of the schools in FATA got damaged during the Taliban era with their infrastructure never repaired due to lack of funds and negligence of the government authorities. Literacy rates in FATA are the lowest throughout the country. The overall literacy rate here is 19.9 per cent, with the literacy rate of boys near 34.2 per cent and 5.75 per cent for girls which is below average.

There is a dire need to strengthen the health system of FATA by providing basic health services to its inhabitants especially women who are dependent on men to survive. The availability of quality medicines, maternal health care units, child health services, separate female attending rooms, and highly qualified female doctors should be ensured on an urgent basis, the report said.

Experts insist the awful status of women's rights in FATA can only get better if it is brought in parallel with the other provinces of Pakistan. It is high time the people of FATA, especially its women, are included in the mainstream society of Pakistan, giving them equal rights and sources of equal development, the report concluded. (ANI)