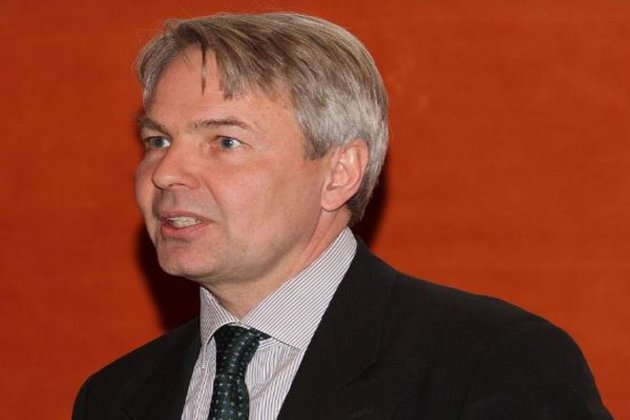 Helsinki [Finland], May 14 (ANI/Sputnik): Finnish Foreign Minister Pekka Haavisto on Saturday said that it was important for Helsinki to remain in contact with Moscow to preserve peace on the Russian-Finnish border.

"It is very important for Finland to maintain communication with Russia since the two countries share such a long bilateral border," Haavisto said at the doorstep of the informal meeting of NATO Ministers of Foreign Affairs in Berlin, commenting on the telephone conversation between Russian and Finnish leaders held earlier in the day.

Finland and Russia share a 1,300 kilometres long border, the minister said, adding that Helsinki would like to continue maintaining the peace on the border. Thus, Haavisto said, "it is very important that we communicate with our neighbours."Russian President Vladimir Putin had an exchange of views with his Finnish counterpart, Sauli Niinisto, on Helsinki's intention to apply for NATO membership in a telephone conversation initiated by Finland on Saturday.

Putin told Niinisto that Finland's accession to NATO could have a negative impact on relations between the countries, which were built in the spirit of good neighbourliness and partnership and were of mutual benefit. Putin reiterated that Moscow does not pose any threat to Helsinki, therefore abandoning the Finnish traditional policy of military neutrality would be a mistake.

On his part, Niinisto told Putin that Russia's demands aiming at preventing countries from joining NATO and its military operation in Ukraine have fundamentally altered the security environment in Finland. Helsinki wishes to strengthen its own security, Niinisto said, adding that Finland would like "to take care of the practical questions arising from being a neighbour of Russia in a correct and professional manner" in the future. (ANI/Sputnik)