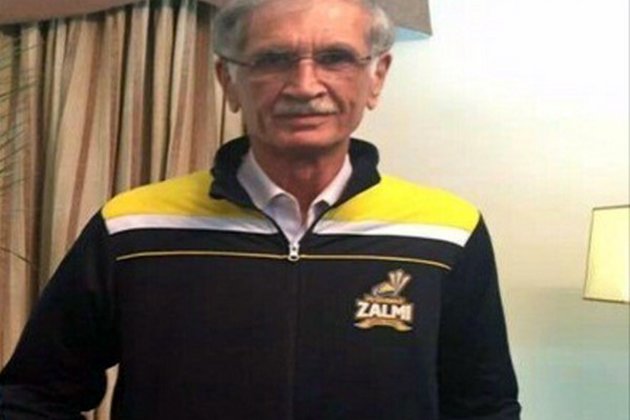 Islamabad [Pakistan], May 15 (ANI): Pakistan Tehreek-e-Insaf (PTI) member and Pakistan's former Defence Minister Pervez Khattak warned the government of a nationwide shutdown if any hurdles are created for Imran Khan's Kohat public gathering on May 17.

This comes after a crackdown against PTI was carried out by Pakistani authorities where the authorities resorted to tear gas and baton-charge the party workers who were preparing for a rally in Sialkot on Saturday morning.

The Minister also threatened the government with a worsening situation if it delays the announcement of the election schedule, reported ARY News.

Khattak made these remarks while addressing a workers' convention organized by Insaf Students Federal (ISF) in Kohat. With calls for early elections, the Minister expressed hopes that Imran Khan-led PTI is seeking to win a two-thirds majority.

He continued by saying that with this majority PTI will form a strong government in the Centre. Not just the government but even the party members also received a stern warning from Khattak. He said that he will not tolerate factions in the political party and that violators will face strict action, as per the media portal.

PTI Chairman Imran Khan had announced a series of public rallies against the Prime Minister Shehbaz Sharif-led government after his ouster from the prime minister's office through a no-confidence motion.

Imran Khan addressed a massive power show in Sialkot on Saturday, whereas, he is scheduled to address the next public meeting in Swabi on Sunday.

Imran Khan during his Sialkot rally said that a conspiracy is being hatched to kill him and that he has recorded a video that has the names of all those people who are involved in the alleged conspiracy to oust his government.

Khan added that in case something happens to him the video will be made public. While addressing a rally in Sialkot, the ousted PM said, "I know people in Pakistan and abroad are planning to kill me. I have recorded a video with complete details of conspiracy against me with all names and kept the video in a safe place."However, the former Prime Minister did not name who was behind the alleged conspiracy to kill him. "A conspiracy is being hatched against me abroad and in Pakistan to kill me. I know who has planned my assassination. If I am killed then this video will be made public," he added. Earlier, issuing a weird statement, Imran Khan said that "dropping an atomic bomb would have been better than handing over the helm to the thieves".

Khan told the Shehbaz Sharif-led government that two million people will come to the federal capital irrespective of how many containers are put up to create hindrances.

"Our opponents say if the temperature is high, then people will not come out. Put as many containers as you want, but 2 million people will come to Islamabad," said Imran Khan.

The former Prime Minister told his supporters that the incumbent government "fears" their passion and added that 11 parties had gathered to remove him from power. (ANI)