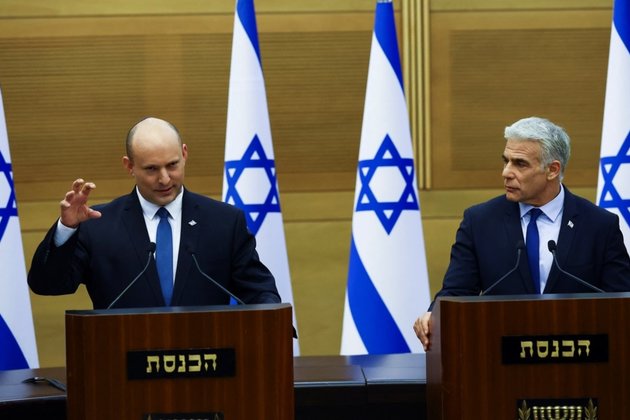 Bennett and his main coalition partner, Yair Lapid, will dissolve parliament in the coming days, Bennett's office said. Lapid will serve as caretaker prime minister until a new government can be formed.

Bennett's government had been fragile since it came to power a year ago - a coalition of eight diverse parties that included right-wing, liberal and Muslim Arab parties.

The grouping started to fracture after several members of Bennett's party abandoned it, saying they felt Bennett was making too many compromises to his coalition partners.

The new election could give longtime Prime Minister Benjamin Netanyahu a chance to return to power. Netanyahu is currently the opposition leader after 12 years in power.

He said Friday that parliament's dissolution would be "great tidings" for millions of Israelis and predicted his Likud Party would lead the new government.

Bennett formed the eight-party coalition last year after four successive inconclusive elections. The next election will be Israel's fifth in three years.

Israeli Defense Minister Benny Gantz said in a tweet Monday that the government would 'continue to work ... even during the transition period.'

The change in government comes just weeks ahead of a planned visit to Israel by U.S. President Joe Biden.

Some information in this report came from Reuters and The Associated Press.