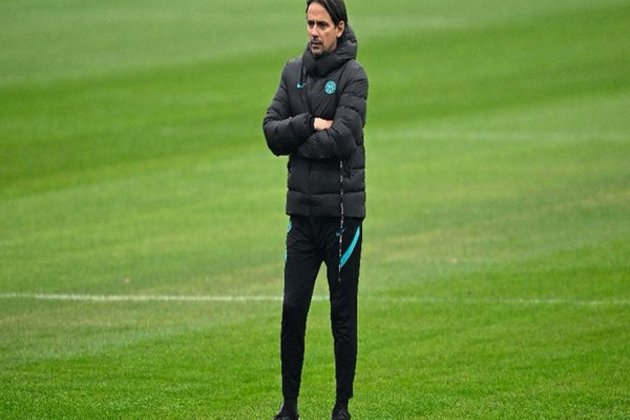 Milan [Italy], June 22 (ANI): FC Internazionale Milano on Tuesday announced that Simone Inzaghi has signed a new contract with the Serie A club to remain as head coach until 2024.

Simone Inzaghi won two titles in his first year in charge of Inter, defeating Juventus both times to secure the Supercoppa Italiana as well as Coppa Italia trophies.

In a video released by Inter, chairman Steven Zhang said that Inzaghi would stay for "two more years" after extending his current deal with the club by a year.

Before Inter, Inzaghi had already won the Coppa Italia once in 2018/2019 and the Supercoppa Italiana twice in 2017 and 2019, all whilst in charge of Lazio.

The coach is currently looking for a striker as Ivan Perisic signed for Premier League club Tottenham Hotspur FC on a free transfer from Inter Milan.

The vastly experienced Croatia international will join the north-London based club on July 1 following the expiration of his contract at Internazionale and has agreed to a deal that will run until 2024. The 33-year-old becomes Antonio Conte's first signing of the summer.

A player with multiple winners' medals under his belt, Ivan began his career in the youth academies of Hajduk Split and Sochaux before a short loan spell at KSV Roeselare in Belgium. In 2009, he joined Club Brugge where, in only his second season, he was the league's top scorer and was named Belgium's Footballer of the Year.

A move to Germany followed in 2011 with Ivan winning the Bundesliga and German Cup (DFB-Pokal) in his first season at Borussia Dortmund, before adding a second DFB-Pokal and the DFL-Supercup following a move to VfL Wolfsburg in 2013.

Two-and-a-half years later, he signed for Inter, starting games and scoring regularly for the Italian club until he returned to Germany with a season-long loan at Bayern Munich in 2019/20, where he became a UEFA Champions League winner as well as lifting a second Bundesliga and third DFB-Pokal title of his career as part of Bayern's treble-winning side.

He returned to Inter ahead of the following season where he played under Antonio Conte, showing his versatility by performing as a wing-back as well as a forward as the Nerazzurri won the Serie A title.

He continued his fine form into the 2021/22 season, registering 10 goals and nine assists in all competitions on the way to winning the Coppa Italia and Supercoppa Italiana. He also scooped Serie A's Goal of the Month award for his strike against Bologna in April, with Inter finishing as runners-up in the final domestic standings. (ANI)