Pakistan Army wants to stay away from polling stations 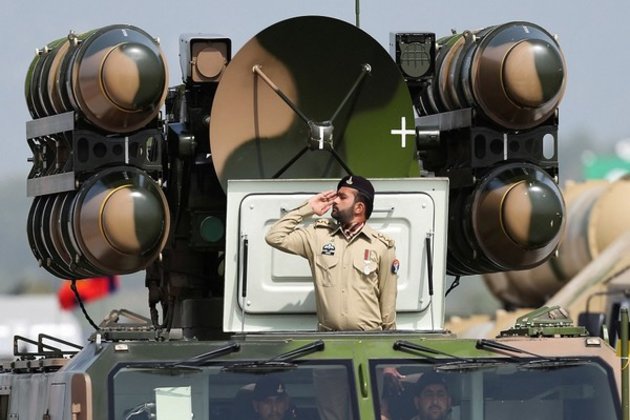 Islamabad [Pakistan], June 22 (ANI): The Pakistan military has said it does not wish to provide security for upcoming polling exercises in the country, unlike the 2018 general elections.

However, the military assured its availability in case, a need arises during electioneering, the Dawn newspaper reported.

"The Election Commission of Pakistan (ECP) chief has recently sent a letter to the army chief seeking deployment of army troops for security [of the electoral process]," ECP Secretary Omar Hamid Khan told reporters ahead of the upcoming by-election in Karachi's NA-245.

Hamid Khan said military personnel will remain in the third-tier of the security ring and will be available for 'quick response'He clarified that troops would not be deployed at polling stations, though the paramilitary Rangers force would "stay close to the polling stations".

Back in 2018, the ECP had granted broad judicial powers to the armed forces at polling stations.

According to Dawn, this rare move that had attracted serious criticism from human rights groups. Moreover, about 3,71,000 troops were deployed across Pakistan to control security arrangements.

This comes as Pakistan's election commission sought the army's assistance after an 'armed clash' between workers of the PML-N and PTI during the by-poll campaign in Johar Town in Punjab province.

Some video clips of the violence went viral which showed armed men and other people attacking each other. According to Dawn newspaper, the brawl that continued for some hours left six people injured who were shifted to nearby hospitals.

The police were rushed to the site to ease the situation following emergency calls about men carrying clubs and damaging some vehicles in Johar Town. The ECP has asked the police to take action against culprits without taking sides, the Dawn newspaper reported.

Sultan Raja, Pakistan's Chief Election Commissioner (CEC) Sikandar has sought a compliance report and directed the inspector-general of Punjab Police to ensure the arrest of suspects and conduct a transparent inquiry.

The Lahore Police told Dawn that the police force responded timely, raised security and also made some arrests when the clashes erupted between the workers of both political parties. He said the Johar Town police also registered a case against the 'attackers'.

He said the PTI candidate for PP-167 had blamed the rival party workers for the scuffle and firing which left his nephew injured.

As a result of the violence in bypolls, the ECP on Monday sought Pakistan Army's assistance for peaceful and smooth conduct of local government and by-elections in Punjab, Sindh and Khyber-Pakhtunkhwa.

In a message to Pakistan's Chief of the Army Staff (COAS) Gen Qamar Javed Bajwa, CEC Raja sought the deployment of troops, The Express Tribune reported.

Raja asked for security during the NA-245 by-polls in Karachi, 20 constituencies of Punjab and in PK-7, Swat constituency. (ANI)