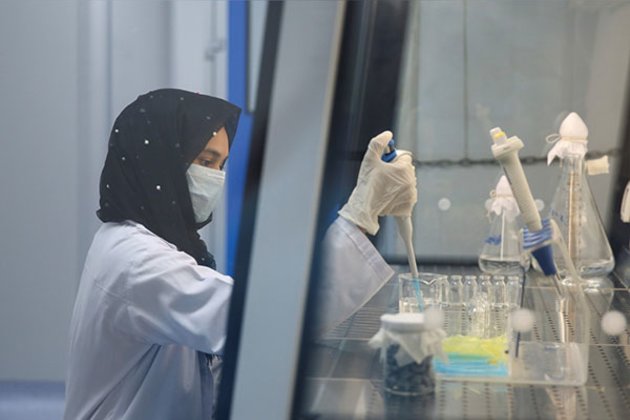 Jerusalem [Israel], August 5 (ANI): In a major breakthrough, an Israeli lab has claimed to have grown a synthetic mouse embryo, the first one to be produced through a technique that used stem cells instead of the egg and sperm procedure.

This development represents that an advanced embryo has been created from stem cells, The Times of Israel reported, citing Cell Biologist Professor Jacob Hanna from the Weizmann Institute of Science.

Hanna, with team members including Jewish and Arab-Israelis as well as a Palestinian doctoral student, said that previous attempts had led only to blastocysts, meaning the structures formed in the early development of mammals. Blastocysts have a tiny fraction of the million-plus cells that are in his embryos.

"It's remarkable," he commented. "There was no sperm, no egg and no uterus, but we managed to get embryos formed from stem cells alone to eight days -- a third of the gestation period of a mouse, with a beating heart."Hanna said that the research could one day be used to grow artificial human embryo-like structures to generate cells for futuristic medical solutions. He foresees a day when sick patients may give skin or blood cells for the growth of artificial embryo-like structures, which could in turn yield the cells needed to grow organs.

Dr Shivani Sachdev Gour, a senior gynaecologist, obstetrician, and IVF expert told ANI that "This is path-breaking work. This throws out the whole concept of needing egg-sperm to make an embryo."Gour explained that the synthetic embryo means it was made from the stem cells derived from mice, not an egg or sperm cells.

"This is truly a landmark. The embryo made had a beating heart, brain-like and intestine-like structure. It grew for 8.5 days. The normal gestational period for embryos in mice is 20 days but even to reach 8.5 days sounds like science fiction made a reality," she added.

Gour observed that this synthetic embryo has huge potential for two groups. One group is the people who need organ donors with the probability of expanding research to human organ development.

"Second is IVF or invited fertilization. Many IVF cycles fail at this embryo stage after it is placed in the uterus. This research can help us understand some of the mechanics of why IVF fails and improve success rates. Caution is required because these synthetic embryos were not able to grow in the uterus after they were transferred so there is yet a long way to go," she added. (ANI)