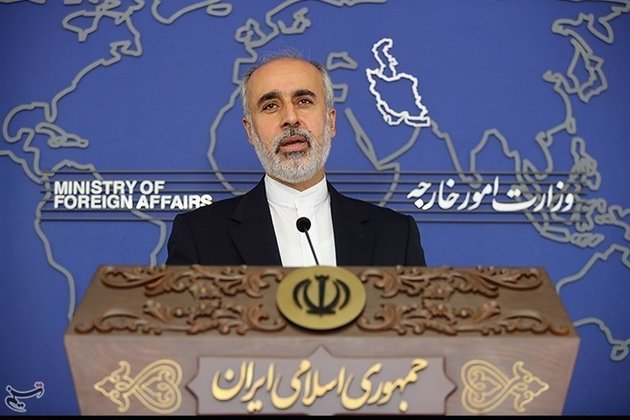 TEHRAN (Tasnim) - Iranian Foreign Ministry Spokesman Nasser Kanaani strongly condemned the brutal attack by the Zionist regime against the Gaza Strip that has killed the commanders of the Palestinian resistance and defenseless civilians.

In a statement on Friday, Kanaani denounced the attack by the usurper Zionist regime as criminal, adventurous and provocative.

He said the apartheid Zionist regime is fully responsible for this crime and for the consequences of the aggression and attacks on Palestine and Gaza.

The spokesman added that the Palestinian people and resistance groups are legally entitled to take action and defend themselves against the aggression and terrorist acts of the Zionist regime.

He further called on all countries and international organizations to fulfill their legal, moral and human responsibility to defend the oppressed Palestinian people, condemn the terrorist acts of the Zionist regime and prevent the continuation of these crimes by the regime which is the root cause of instability and insecurity in the region.

At least 15 people, including Tayseer al-Jabari, a senior commander of the Islamic Jihad movement, and a five-year-old child, have been killed in an airstrike by Israel on a center affiliated with the resistance movement in a residential area in the besieged Gaza Strip on Friday, only days after the regime arrested a senior figure of the group.

The Palestinian Health Ministry said well over 80 people were also injured in the attack in Rafah.

The Islamic Jihad has fired more than 100 rockets toward the occupied territories in response to the Israeli strike.