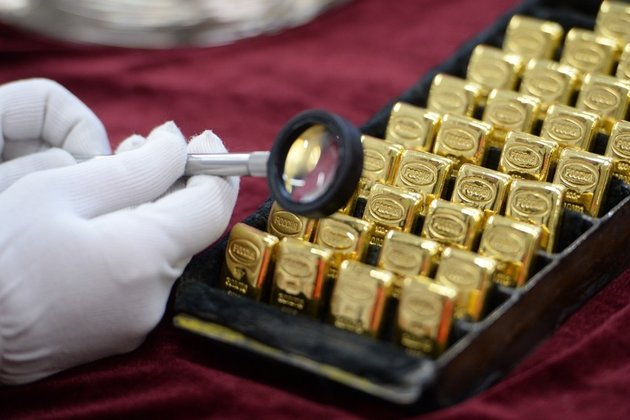 Unable to legally confiscate the property, Brussels is looking for loopholes to facilitate such seizures, the outlet reports

The European Commission is investigating how it might go about confiscating hundreds of billions of dollars in Russian state and private assets, according to a document seen by Politico on Monday. The initiative's goal is reportedly "identifying ways to strengthen the tracing, identification, freezing and management of assets as preliminary steps for potential confiscation."

The bloc has its eyes on almost $300 billion in Russian central bank assets currently frozen, plus the assets of Russians on the sanctions list. The European Council last month reminded the Commission that it had been tasked with presenting "options in line with EU and international law" for using those frozen Russian funds "to support Ukraine's reconstruction."

Legal experts have expressed doubt it is possible to unilaterally confiscate another country's assets under existing international law. With an eye toward changing that law, Brussels has proposed making sanctions evasion a crime in the EU, a decision which would require unanimous assent by member countries. However, even if that agreement was forthcoming, the bloc would have to litigate each individual seizure, proving a clear link between the owner of the assets in question and Russia's military operation in Ukraine.

Foreign investments are protected against confiscation without compensation under international law. In the document seen by Politico, the EC acknowledged that central bank assets were "generally considered to be covered by immunity." While the seizing of the assets of state-owned enterprises would avoid violating such immunity "in principle," the Commission noted that it would "need to demonstrate a sufficient connection to the Russian state" for every case.

Less invasive would be an "exit tax" targeting the assets of sanctioned individuals attempting to transfer their property out of the EU. However, University of Amsterdam professor Stephan Schill told Politico that those individuals could claim that, as a targeted group, their human right to non-discrimination had been violated, or invoke the human right to property.

Under the current rules-based international order, the EC is unable to legally expropriate Russian property, according to Schill: "The EU and member states are trying to introduce new criminal law."

US Treasury Secretary Janet Yellen acknowledged as much in May, pointing out that confiscating Russian central bank assets was "not something that is legally permissible in the United States" or many other countries. Ukraine, Poland, and the Baltic states have nevertheless continued to push the EC to find a way to seize the frozen funds.