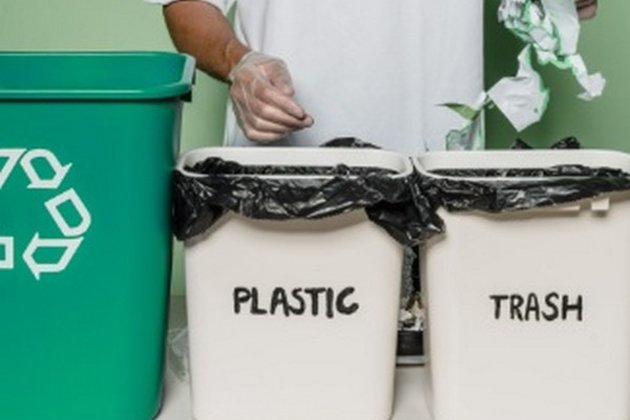 New Delhi [India], January 23 (ANI): The United Nations Development Programme (UNDP) and FMCG giant Hindustan Unilever (HUL) on Monday announced the launch of an Inclusive Circular Economy project, which focuses on the end-to-end management of plastic waste by promoting the segregation of waste at source, collection of the segregated waste, and setting up material recovery facilities (MRFs) for recycling all kinds of plastic waste along the value chain.

Recognising the critical role of safai saathis or waste-pickers in the country's waste management sector, the social inclusion of waste pickers is a key focus of the project. It will reach 20,000 safai saathis across India in Mumbai, Delhi, Bengaluru, Cuttack, and Kolkata, among others, with access to government welfare schemes and linkages.

The partnership is the first-of-its-kind attempt to promote the social inclusion of safai saathis at this scale in India, according to a statement released on Monday. It will also help build the capacities of urban local bodies for adopting the MRFs or Swachhata Kendra model for plastic and dry waste management in other cities. Further, to ensure better waste management and recycling of plastic waste, the project will also reach out to 100,000 households for segregation at source.

HUL Chief Executive Officer and Managing Director Sanjiv Mehta said, "We need collaborative efforts towards effective waste management. Our vision is one where key stakeholders work together to ensure the problem of plastic waste is systematically and efficiently addressed."The CEO said the partnership between HUL and UNDP is a holistic and replicable model that promotes plastic circularity and collective action. "The partnership will also promote the social inclusion of the invisible superheroes of our society, safai saathis, at scale," he said.

UNDP India Resident Representative Shoko Noda said, "Plastic waste is one of the most concerning challenges of our times. The plastic waste management programme promotes an innovative multi-stakeholder model between municipal corporations, corporates, safai saathis, and people to work together for cleaner and greener cities.""It also gives Safai Saathis, the face behind the country's waste management system, a stable income, and dignified lives. HUL is a leading partner, and I am thankful for their continued support of the programme," Shoko Noda added.

The project is a scale-up of existing partnership under UNDP's flagship Plastic Waste Management Programme. According to the statement, to date, the UNDP-HUL partnership has reached out to 100,000 households on source segregation, diverted 8,000 million tonne of plastic waste from landfills, and operationalised three model Swachhta Kendras in Mumbai.

Around 75 per cent of Safai Saathi's reached through the pilot were women which reaffirms that Women safai saathis are not only at the frontline of advancing circular economy, but also anchoring social inclusion for their communities.

The pilot also highlighted the gap in the availability of accurate national identity documents resulting in limited access and slow uptake of schemes by the safai saathis. To address this, the statement said the project created a local pool of community cadres to mobilise and facilitate the application and adoption of government schemes. It also raises awareness through camps and door-to-door campaigns and will be scaled up under the new partnership, it added.

A socio-economic survey of 9,300 safai saathis conducted by UNDP India reaffirmed their works highly informal nature. "From the findings, formalisation of work, initiation of skill training, work diversification, education of the children of Safai Sathis, and exploring alternate livelihoods emerged as some of the key policy priorities," the statement said.

The UNDP-HUL partnership also contributed to the government of India's flagship Swachh Bharat Mission Urban 2.0 by promoting waste segregation at source at the household level and creating 'Garbage Free Cities' across India, the statement added. (ANI)