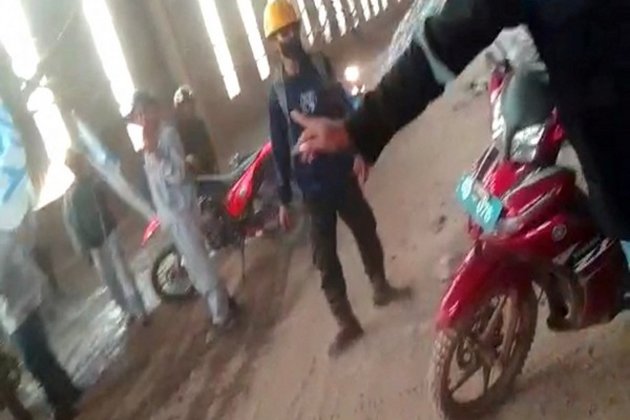 Jakarta [Indonesia], January 25 (ANI): China is eyeing the huge nickel market of Indonesia and tapping its potential and recent clashes in the mineral-rich island of Sulawesi reflect the reality as local workers protest turned violent due to a high proportion of Chinese workers in the Indonesian companies, reported Nikkei Asia.

Protests in recent years in the mineral-rich island of Sulawesi, which is experiencing an investment boom for mining nickel, turned violent.

Mining nickel is a key ingredient in electric vehicle batteries.Southeast Asia's biggest economy, Indonesia is keen to leverage its world-leading reserves of the metal and develop a domestic EV industry, reported Nikkei Asia.

Analysts say that recent clashes at a Chinese-owned nickel smelting facility in Indonesia are likely to spread to other parts of the country if the government and Chinese owners fail to address issues of safety.

One factor behind the protests is Indonesians' sentiment toward Chinese laborers in an industry that might otherwise hire more locals. The companies say the Chinese are skilled workers brought in to help start operations and that they account for only a small portion of workers.

"The resentment is there, maybe because the proportion of Chinese workers is relatively high compare[d] to other multinational corporations," said Yose Rizal Damuri, executive director of the Jakarta-based Center for Strategic and International Studies (CSIS), reported Nikkei AsiaThe issues of dangerous work environments, compensation and tensions between Indonesian and imported Chinese workers are casting an uncertain shadow over that scenario, reported Nikkei Asia.

In the most recent clash, on Jan. 14, an Indonesian and a Chinese worker were killed at the Gunbuster Nickel Industry (GNI) smelter, owned by China's Jiangsu Delong Nickel Industry, in the Morowali region of Central Sulawesi province.

Muhammad Zulfikar Rakhmat, a research professor at the Korea Institute for ASEAN Studies, said it is essential that GNI meet worker demands, especially regarding wages and safety.

"If the Indonesian government and GNI do not fix this problem, similar protests will spread to other regions of Indonesia, especially in areas where Chinese workers are present," Zulfikar told Nikkei Asia.

The situation drew the attention of President Joko Widodo, further underscoring the sensitivity of the nickel industry to the country.

Listyo Sigit Prabowo, chief of the national police, said at a news conference on Jan. 16 that Widodo had directed the force to investigate the clash, ordering "firm action," reported Nikkei Asia.

One factor behind the protests is Indonesians' sentiment toward Chinese labourers. Police Chief Listyo said GNI employed 1,300 Chinese workers and 11,000 Indonesians at the Sulawesi plant.

Chinese account for close to half of all foreign labourers in Indonesia. According to Indonesia's Ministry of Manpower, as of November, there were more than 52,331 Chinese working in Indonesia, out of 111,746 foreigners, reported Nikkei Asia. (ANI)